The concept design for Bungie’s new non-Halo game, Destiny, makes me nostalgic for the classic science fiction graphic design from the 70s and 80s. The gritty look, the lush oil colors, the fantastic vistas, the intrepid ships all of it combines to trigger a sense of wonder and longing that’s difficult to describe.

There’s some intangible quality to science fiction design from that era that hearkens back to a time before the Science Fiction/Fantasy shelves at your local bookstore looked more like Del Rey than Harlequin. Back in the days when it still seemed like the year 2000 was a long way off and interstellar travel would be a real thing in the 21st century, I acquired a battered and discarded book about spaceships from my mom’s library.

It didn’t have much explanation, other than some text that attempted to weave a loose future history narrative around a collection of artwork that seemed somewhat disjointed, but that was probably for the best since it left generous gaps to be filled by my imagination. I spent hours and hours pouring over the fantastic designs between its covers, though, long after it ceased being a whole book and transitioned into a sheaf of loose, disordered pages kept between tattered covers. The ship designs, along with the sparse explanations, inspired countless drawings, stories, and LEGO models in my childhood.

In the pre-Internet days, my resources for learning more were slim. None of the area libraries’ card catalogs (magical indices of knowledge for those too young to remember) yielded anything similar, nor did any of the nearby Waldenbooks or B.Dalton stores. My science fiction artist inspiration was confined to that lonesome tome and monthly book covers from the Science Fiction Book Club, both of which I drank in with the eagerness of a boy in the desert.

Thankfully, though, in the modern era, Google knows all, and it took less than two searches to find other people online talking about the very same book: Stewart Cowley’s Spacecraft, 2000-2100 A.D.: Terran Trade Authority Handbook! The dust jacket had been lost long before I ever encountered my beloved copy, but the few ships shown were unforgettable. Not only that but — joy of joys! — there are more books, Wikipedia articles, new editions, and game settings!

I’ll admit to some trepidation about delving into all of this new content, though. I’m afraid that, like the expanded Star Wars universe, the “reality” may not match the imaginings of a young boy’s daydreams.

That research, though, caused me to more deeply consider my attraction to that style of art. What is it that captures my imagination in a way that “better” rendered computer generated art doesn’t seem to?

Trying to answer that question led me to a galaxy of other artists who work in a similar vein: Scott Robertson, Chris Foss, and John Berkey, just to name a few. Their science fiction work is iconic, to say the least.

While probably none of these names are new to experienced artists and graphic designers, as a software programmer I’ve been thrilled to finally have names and faces to attach to a style that I’ve long admired and found inspiration in.

After looking at a wider selection of this art genre, here are some of the things that attract and inspire me:

Not just any scale, but *massive* scale. Ships in these imagined universes express a sense of size and proportion that is utterly missing from Star Trek’s office-buildings-in-space interior aesthetic. Many of the ships and structures depicted could be (and often are) entire cities. When looking for graphic design inspiration in this day and age of ultra-miniaturized tech gadgets, don’t be afraid to look for inspiration in the ultra-huge. Part of what provides that sense of perspective is the inclusion of human figures, which brings us to…

As human beings, we’re hard-wired to respond emotionally to other humans, so it’s no surprise that nearly all of my favorite SF art includes people. In some cases, they’re exploring gigantic derelicts. In others, they’re watching battles through giant windows. In some, they’re simply standing in awe. What they all have in common, though, is that they engage the imagination in story-building. What are those intrepid men doing? Salvaging a wreck? Encountering a strange unknown race? Fighting for freedom? Or just making routine repairs? Because in space, things break down, especially when they’re…

By and large, the ships, tanks, and cities depicted in this style of art are obviously mechanical things. They bring to mind old battleships and the fiery plumes of Apollo launches. Even though they’re imaginary, the ships have a kind of reality for us, because we all have an innate sense of what metal and rivets and gears *feel* like. In the same way that steampunk offers us an escape from our sterile, hermetically sealed modern tech world, these artworks make us think of a time and place where things are tangled and…

These are often not the sleek, clean, smooth surfaces we saw in Star Trek:TNG or SeaQuest. These are much more akin to the rough, weathered ships and vistas of Blade Runner, Firefly, and Star Wars (the original trilogy). You can practically see parts falling off, debris scattering, and the dirt and grime of a hundred worlds. Engines show exhaust stains, and panels show dents and scratches. These are ships that have been placed and therein lie their stories. As a child, I lost myself in wondering how that wing got bent or why that side panel has obviously been replaced. Don’t be afraid to tell stories with your art and graphic design, even if they’re only loosely implied. In fact, probably most of the details I described were really there, I was just inferring them from the visual style, but they lend powerful emotion to the art nonetheless. That sort of collaborative implication-inference with the viewer is possible partially through…

The juxtaposition of subject and media.

What’s more high-tech and futuristic than multi-kilometer-long interstellar spaceships?! And what’s more low-tech and traditional than oil on canvas? Even if your paints are just Photoshop filters, using imprecise paint-like methods to portray precisely, futuristic constructs is a powerful technique. Not only does it leave more to the imagination, but I find that it romanticizes the subject. By presenting, say, space combat in a semi-historical style that reminds us of the Battle of Trafalgar, the artist is giving us a thread of familiarity that we can use to connect with the artwork. Think of Apple’s much-maligned skeuomorphic design elements, or how people might choose phone and laptop cases made of leather or wood. Consider how you could use a similar contrast to bring emotion and inspiration to your own work, perhaps even by using opposite approaches, such as using slick, futuristic styles to depict natural objects like trees and streams.

If you aren’t sure exactly how to use those techniques or reproduce those effects, ImagineFX magazine has run numerous tutorials and galleries of similar futuristic SF art over the years. It and other art and graphic design magazines could provide helpful starting points.

Regardless of what styles and methods you choose to explore, it can always be helpful to look to your own past. What are things from your childhood that can still inspire your imagination and inform your style? Is it a map of 100 Acre Wood? Video game box art? A lavishly illustrated copy of the Arabian Nights? Or even something physical, like a beloved toy or eye-catching building? If you haven’t looked at those special places and things in a while, make some time to go and seek them out. You may be surprised by how powerfully they can still awaken the wide-eyed child inside of you! 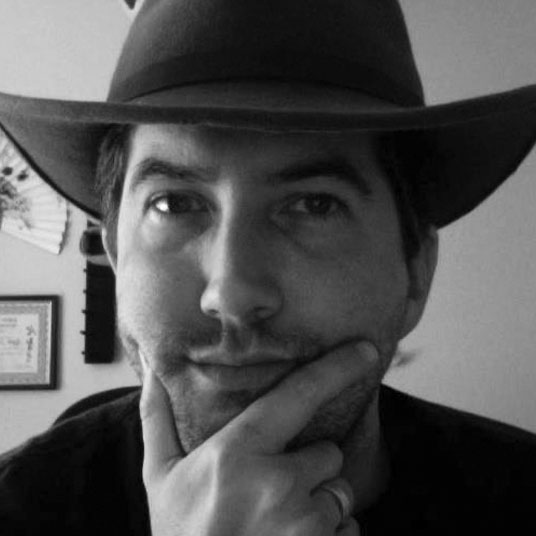